Ontario Premier Doug Ford wants to give platform-based gig workers more legal protections, including a base minimum wage, in the latest announcement in a slew of pro-worker policy proposals recently put forth by the government.

If passed, the legislation would impact workers such as food delivery and ride share drivers for companies including Uber Inc. and SkipTheDishes Restaurant Services Inc. Ford’s government would create the Digital Platform Workers’ Rights Act, separate from the Employment Standards Act. The new act wouldn’t address employment status; rather gig workers would simply be afforded rights if they are on a platform.

“In the last few years, we’ve seen huge shifts around traditional labour markets and as we build a resilient economy, our government must keep pace with those changes,” Ford said at a press conference on Monday. “We know the gig economy is one of the fastest growing employment sectors in Ontario.”

On top of a minimum wage of $15 an hour, Ford wants to ensure apps cannot withhold tips and also give workers notice and a reason if they’re removed. If a work-related dispute arises, the government wants app companies to resolve the issue in the province. Currently it’s commonplace for issues to be resolved in a company’s headquartered city. 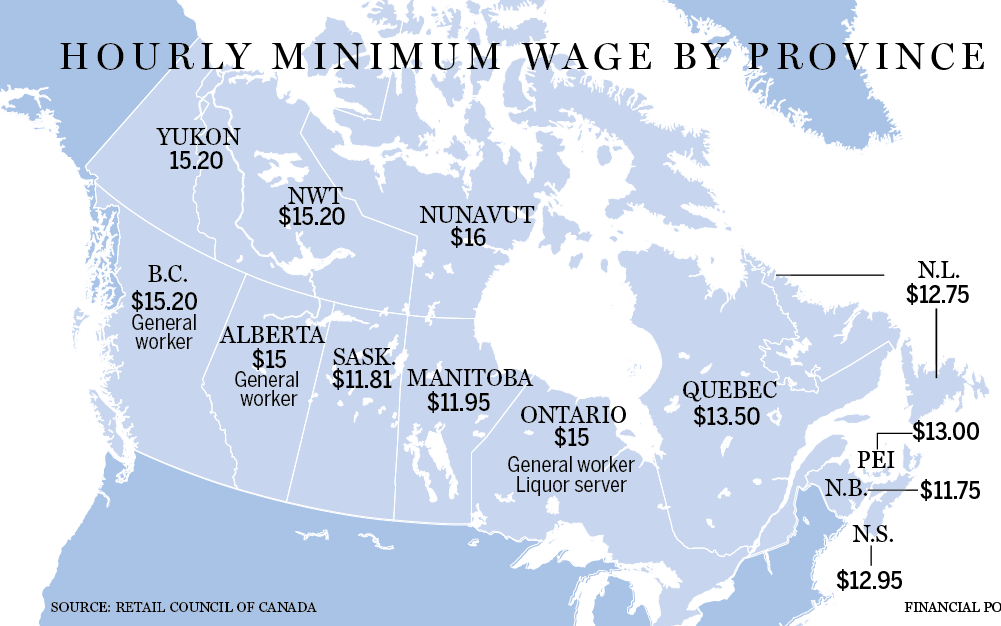 The latest proposal is part of a series of policy announcements made by Progressive Conservatives recently, all targeting pro-worker policies. Last week, Ford and Labour Minister Monte McNaughton announced the government will pass new laws to boost labour in the skilled trades by making it easier for out-of-province workers to move to Ontario, as well as mandate that employers inform workers of electronic monitoring policies.

Ford faces an election this summer and some have questioned whether his political stripes are changing colour in a bid to win re-election. “Times have changed,” Ford told reporters, adding that inflation has become one of many economic issues weighing on the province. He underlined some recent moves by the government that would put more money in people’s pockets, such as scrapping tolls on some highways and getting rid of fees for licence plate stickers.

“We’re delivering smart, common sense policies that protect the working class and help middle class families earn more money and create a better future for them and their families,” McNaughton said in an interview. “That’s how we’re going to tackle the labour shortage and drive economic growth here in the province.”

In January, Uber signed a deal with United Food and Commercial Workers Canada, a private union, that would allow UFCW Canada to represent about 100,000 drivers and couriers, if requested, when they are facing disputes with the technology company. However, the deal doesn’t provide complete unionization; workers do not pay union dues.

Uber said it wants the government to introduce more reforms beyond the latest announcement, including accident coverage and a benefits fund that scales with time spent on platforms. It’s a change in tune for a company that’s strongly resisted unionization in the past.

“While Uber would like to provide benefits to drivers and delivery people, we can only do so once the government passes enabling legislation,” Uber said in an emailed statement. “Uber bringing these benefits in on our own would go against the current classification model of independent contractor. (It) would be seen as making drivers and delivery people as employees, and they would lose their flexibility of schedule and being able to work on multiple platforms.”

Sign up to receive the daily top stories from the Financial Post, a division of Postmedia Network Inc.

Thanks for signing up!

A welcome email is on its way. If you don’t see it, please check your junk folder.

The next issue of Financial Post Top Stories will soon be in your inbox.

We encountered an issue signing you up. Please try again