When the VW ID.4 came out, many lamented its lack of a front trunk, or “frunk,” as we’ve come to call this bonus storage space. It was understandable, at the time. Many have come to expect them from their electric cars, thanks in no small part to Tesla. Later, Ford would boast of its spacious frunk in horrifying ways (more on that in a bit). But, I’ve come to opine, frunks are of low practical value, and there are better ways to package an electric vehicle when designers recognize this, rather than fall for the frunk hype.

Frunks are nothing new, of course, and not exclusive to the electric set. We’ve been familiar with them for ages in mid- and rear-engined sports cars. When you’ve got just two seats and no trunk or cargo area in the rear, you make do with the meager space you’ve got. That usually means the designers put some cargo space under the hood. When modern electric vehicles started gaining a foothold (thanks again, Tesla!) the lack of a big internal combustion engine in the front of the vehicle meant that extra space could be used for storage, especially when cars were still being designed and packaged similar to the ICE sedans and hatchbacks we’re used to.

But then the frunkless ID.4 came along, and it was mocked for not using that space up front in the same way, especially when an EV like the Ford Mustang Mach-E boasted such a huge and versatile storage space under the hood, complete with a drain plug. Finally, you could serve shrimp or spicy chicken wings from under your hood at your next tailgate party. Food poisoning has never been so fun. 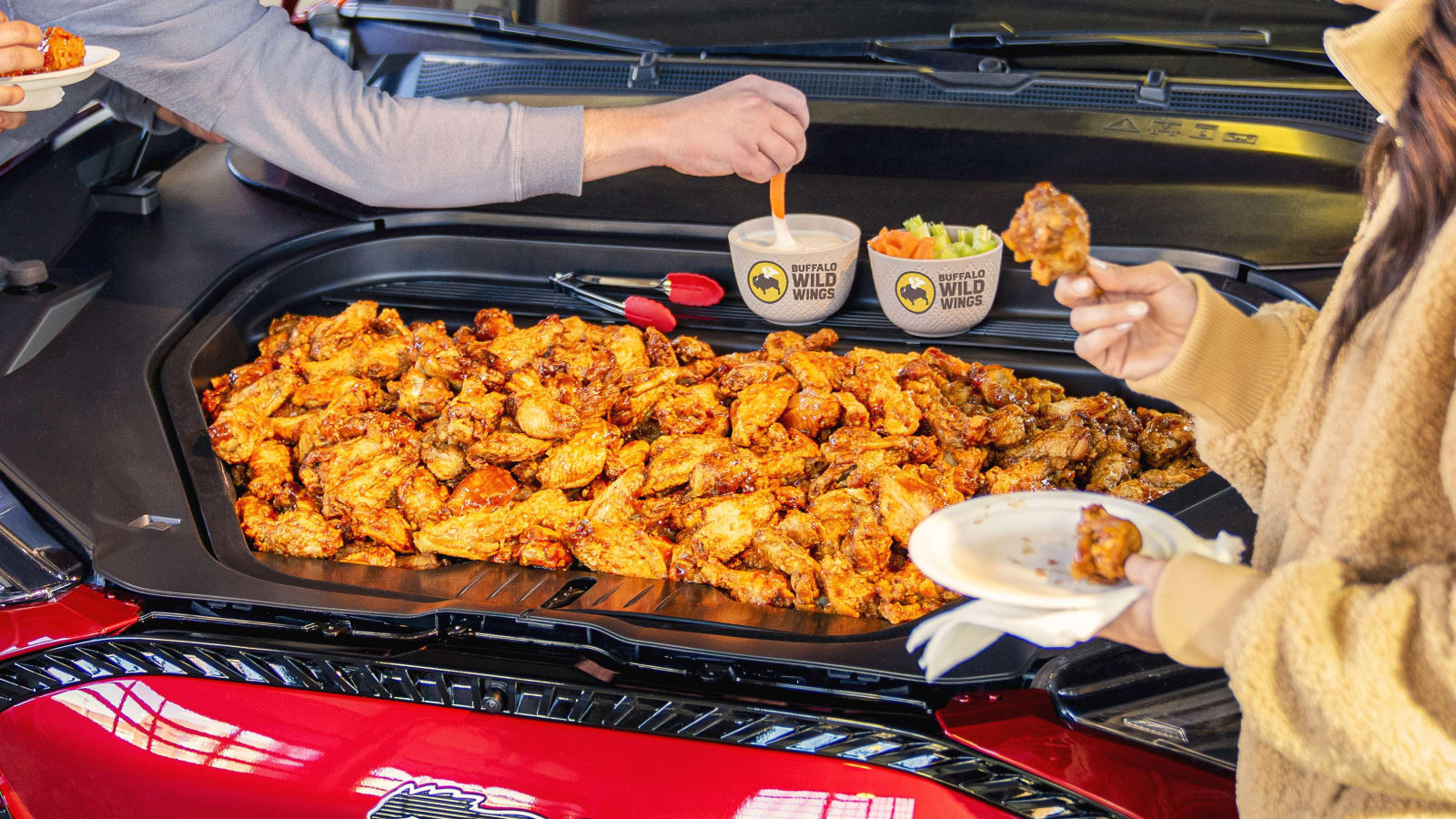 Still, frunks are largely inconvenient. First of all, you usually have to open them from inside the car. Some vehicles smartly allow you to open it with the key fob — or with the Porsche Taycan’s “Comfort Access” feature, with a simple swipe gesture. With the aforementioned Mach-E, you have to reach down in the driver’s footwell, pull the hood lever twice, then get out and lift the hood, just like you would to check your oil in Mustang 5.0. Another downside, frunks don’t enjoy the same climate-controlled environment as your rear cargo area. Can you imagine what any leftover shrimp would smell like after a long drive home from the football stadium on a hot day?

I almost never use a car’s frunk if I can avoid it. And, generally I can avoid it. Most EVs have a fairly familiar body style, with either a traditional trunk for a sedan, or a rear cargo area accessed via a liftgate in a hatchback or SUV. Those are far larger and easier to use, so I just use those.

I don’t find a frunk completely useless, however. When you’ve got an electric pickup like the Ford F-150 Lightning, for instance, with a huge front end and little to no enclosed storage, a frunk is actually functional. Even a tiny frunk is a good place to stash items you hope to only rarely use, that you can toss in there and forget about until you absolutely need them. It’s ideal for a mobile charging cable, as you’re more than likely to use a wallbox and/or public charger for most of your charging sessions. Putting that mobile cord in the frunk means you don’t have to dig it out if it’s buried under luggage or a sub-floor in the rear. It’s also a good place to put your trusty car rope (everyone has some rope they keep coiled up in their car in case of some sort of emergency that calls specifically for rope, right?). Those items don’t take up much space at all, though, so any extra volume is wasted on me.

And there’s a far better way to use that underhood space. 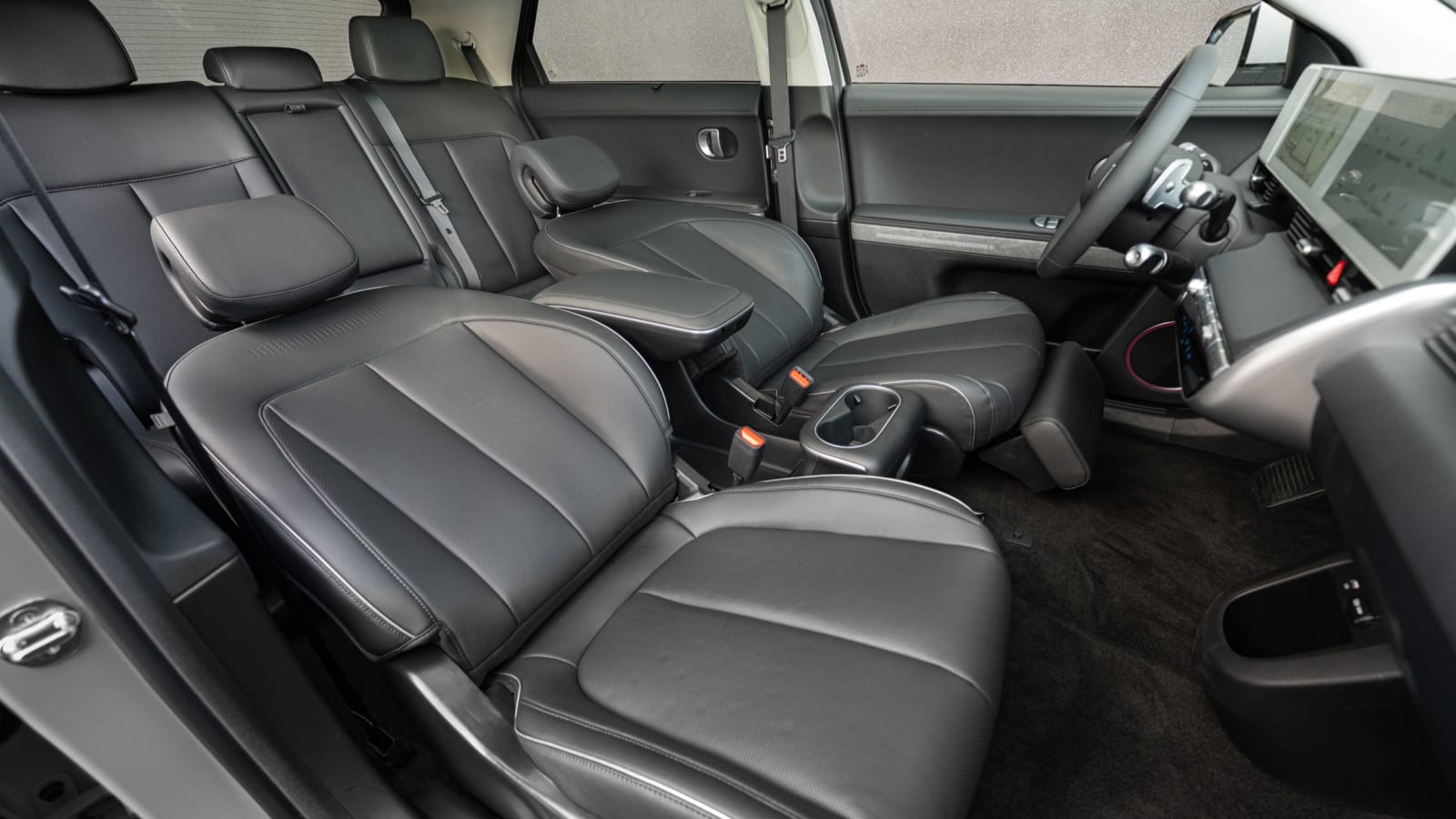 When I first sat inside the Hyundai Ioniq 5, I was absolutely dazzled by the sheer cabin space. The front is open and airy, with a wide expanse beneath the dash for legs or even a handbag or lunch cooler. It’s truly lounge-like, and the sliding center console makes the front seats feel even more gracious and accommodating. Hyundai was even able to provide a driver-side footrest so you can recline and relax in your vehicle while sitting at a public charger or waiting on a passenger you’ve dropped on an errand. A lot of those internals that would invade on passenger space are hidden under the hood, where the engine — or a large frunk — would go. There’s still a couple cubic feet of storage space under the hood of the Ioniq 5, which is perfect for that mobile charger and your car rope, but the rest of that volume traded back to the occupants of the vehicle. The BMW iX lacks a frunk entirely — you don’t even have to open the hood to fill the washer fluid, as it’s done beneath the flip-up roundel on the nose — and it similarly has a nice, open, inviting front row. And, of course, you’ve got bona fide, easily accessible cargo space in the back of each of these cars.

So unless you’re driving something like a Porsche 911 or Chevy Corvette, let’s do away with the notion that we need a sizable frunk, especially one that’s a pain to access. In my experience, they’re largely wasted space. There are better things to put under the hood — things we rarely need to see or touch … not shrimp.